Vitality is a metaphor for a vital life, life energy, and is the basis for well-being of body and mind. This energy is called CHI in Chinese medicine, and has three main sources:

If our vitality is reduced through a negligent lifestyle and a harmful environment, holistic biological medicine specifically targets your individual vitality sources.

On the one hand, the life and survival of our cells depends on the tissue’s capacity of cell regeneration. On the other hand, it is important that the cells can clean themselves and that the excretion processes work correctly. The following table shows the lifetime of the most important organs and tissue.

Table: Lifetime of our cells

The table clearly demonstrates that specialised tissue which does not regenerate depends strongly on an optimum cell environment. If the cell environment is more and more polluted with metabolic products, the cell´s functionality is severely limited (also called cell depression), resulting in an early death of the cell.

We use the BioCheck results in therapy on the body level, as well as the energetic and mind level. Experience has shown that the following main components of revitalisation have proven particularly successful:

Cell therapeutics are xenogeneic extracts of certain organs from calves, piglets or lambs. There are deep frozen extracts (for example THX extract from Thymus), as well as cell specimens having foetal origins (for production of stem cell facilitators).

The organ specimens have the following effective ingredients:

During production, the organs which are retrieved from scientifically monitored animals are comminuted and the cells are macerated adding aqua destillata. After this, depending on the required molecular weight of the end products, the ultrafiltration, or sterile filtration, takes place. The end product will now be shock-frozen and stored as a so-called “fresh extract”. Therefore, fresh cell extracts are the “pressed juice” of an organ, which is then used for further processing, similarly to liquid medicines which are obtained from plants. Due to legal implications, the higher molecular dry extracts and fresh cells are not available in pharmacies, but only directly from a lab, in accordance with paragraph 13 AMG. 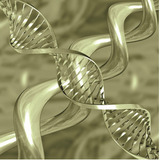 Based on the ingredients, the organo-peptide substances are expected to have a complex effect. The crucial molecular mechanism of action is the so-called homing effect, or organotropism. In 1999, Prof BLOBEL received the Nobel Prize for this discovery – all cells possess organ-typical intrinsic signals which make it possible to re-discover the source tissue, even after application in a foreign organism. The cell adhesion molecules, or so called “homing receptors”, are much smaller than the antigens on the surface of the cell walls, which are also called histocompatibility antigens. Also, beside the lymphocytes, homing receptors have been found for other cell systems and organs, mostly featuring glycoprotein and mucin related addressins (LOFFLER AND PETRIDES 2003).

Using postcodes, the Mail Service has created a simple, but very effective, coding system allowing their staff a reliable delivery of letters and parcels from any location in the world. The signal coding system in mammals works in the same way. On the molecular basis, it contains information carriers which allow them to be associated with an organ, and it makes it possible to retrieve the same receptors.

Together with the already detailed organ-typical mediators, micro hormones, dissolved substances, and natural water structures (only available for dry extract), these specimens achieve a targeted activation of the respective organ or organ system. Inductive effects can be measured on an informative level, which can also result in emotional influencing factors and mood improvement. The stimulation of the energy level is similar to a clinical observation of revitalisation. Blockages and weaknesses coming from the organ are dissipated and motivated into stimulation. This is clearly recognisable in an increased synthesis performance of the organs and organ-typical enzymes. Therefore, during organo therapy, morphologically significant repair and regeneration stimulations can be observed.

It is also possible that the previously discussed (see Homeopathy) repair proteins and their stimulation have an influence. In clinical studies, as part of a targeted organo therapy, astonishing improvements in structure and function of organs (for example liver, kidneys, lung and pancreas) and organ systems (for example immune system, lymphatic system) can be observed repeatedly. New research indicates that cell therapeutic substances can also specifically re-activate the tissue’s own stem cells, and can also stimulate the reproduction of organ-typical new cells.

Like a bee queen in the beehive every organ and tissue has so-called stem cells for a lifetime, which are responsible for a continuous output of new cells for regeneration and healing. With the help of modern biotechnology it is possible to isolate, concentrate the most important stem cells from fetal animal sources. Together with special biomodifiers this stem cell preparations have facilitating characteristics. The stimulative effect depends on the kind of this omnipotent cells. For example SCF of mesenchyme especially encourages all immunologic relevant organs like thymus, bone marrow, liver, lymphatic tissue and spleen.

The following table contains the most important, currently proven and used organo therapeutic substances. The choice of appropriate extracts for the respective patient is based on the results of chemical lab tests (for example LTT proliferation test) and holistic test processes (EAV, kinesiology).